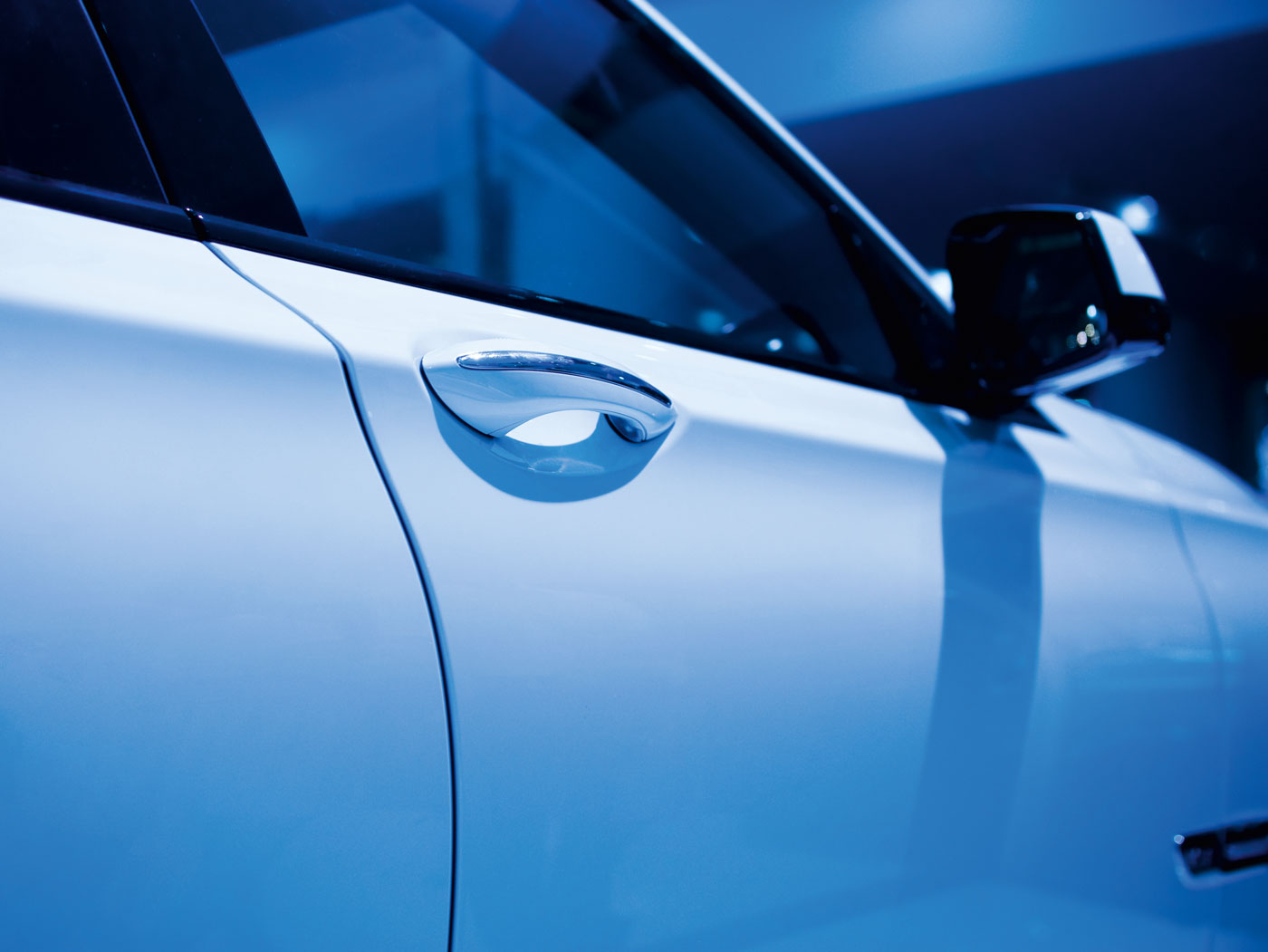 In 2021, the automotive industry faced new challenges that it had never faced before. The total number of vehicles built on the world’s assembly lines in 2020 and 2021 was significantly lower than the years before. That put a sharper point on the popularity of certain color spaces in the BASF Color Report 2021 for Automotive OEM Coatings, while knocking some perennial favorites down a few points.
The achromatic colors – white, black, gray, and silver – are still the most popular. They have classic, timeless beauty, and a connection to both the environment and high technology. But some cracks are showing in their armor as new color spaces emerge.
As predicted by BASF’s designers years ago, blue is having a moment in the sun. Red is also rising – taking market share from the achromatic colors in many parts of the world. Even though the numbers are smaller, green and beige still show up in the data, and the colors aren’t the typical shades you might expect.

The share of chromatic colors in Europe, the Middle East, and Africa (EMEA) is now over 27% and rising – the highest it’s been in two decades.

Blue is driving the trend among the chromatics. There are currently nearly 180 shades of blue from sky blue to midnight blue that are elegant, fresh, and young, and appear on all body types in all segments. Red is in second place, far behind blue, accompanied by a fair share of shades of green.

For the achromatic colors, white is still the most popular, but gray is catching up. Gray has several options, with effects and textures that multiply its presence. Gray’s 160 shades range from elegant, dark, sparkling colors to light and sporty solid colors.

“Colors designed for EMEA use familiar color positions, but change them with the help of new effects, subtle color gradients, or a specific sparkle behavior. They make the chromatics stand out as bold expressions of individuality and sportiness, gaining popularity each year,” said Mark Gutjahr, head of Automotive Color Design, EMEA.

White may still be the most popular color in Asia Pacific (AP), but its popularity is starting to slip. Black and gray continue to improve, maintaining a four-year trend that is changing the presence of white vehicles on the road. A full 79% of new vehicles produced in AP were coated with achromatic colors in 2021.

The popularity of chromatic colors is stable, with some individual color spaces adjusting a few points up or down. Blue – the number one chromatic color – is up, mirroring global data from other regions. It took some share from red, which went down. Brown and gold show up in substantial numbers, while beige, orange, yellow, green and violet hang on with about 1% each.

“AP has the largest volume of automotive production in the world, and reflects the highest diversity of color, compared to other regions,” said Chiharu Matsuhara, head of Automotive Design for AP. “Along with the surge in blue, the family of green colors increased. From teal to khaki to olive, these aren’t the usual greens, especially in SUVs.”

Blue appears to be moving on for North America. Its share is down 4% when compared to last year. That would put the preference for blue back to 2017 levels. Achromatic colors surged, including white, which increased in North America while declining globally, but not silver or gray, which are both down. Among the chromatic colors, red edged up 1%. Red and blue are now tied as the most popular chromatic colors.

Raw material shortages in 2021 forced automakers to make difficult choices while allocating scarce resources. That seemed to favor the larger, more popular platforms in the midst of the downturn.

Blue is enjoying a global surge in popularity. In South America, blue increased by 3% in 2021, taking some of that market share from red. While car buyers in the region tend to be more conservative, some new shades are catching buyers’ eyes.

Automotive designers often look 3-4 model years ahead when developing colors. This is playing out as predicted, as South America tends to be slower to adopt color direction than other regions.

The BASF Color Report for Automotive OEM Coatings is a data analysis from BASF’s Coatings division based on global automotive production and paint application to light vehicles in 2021.